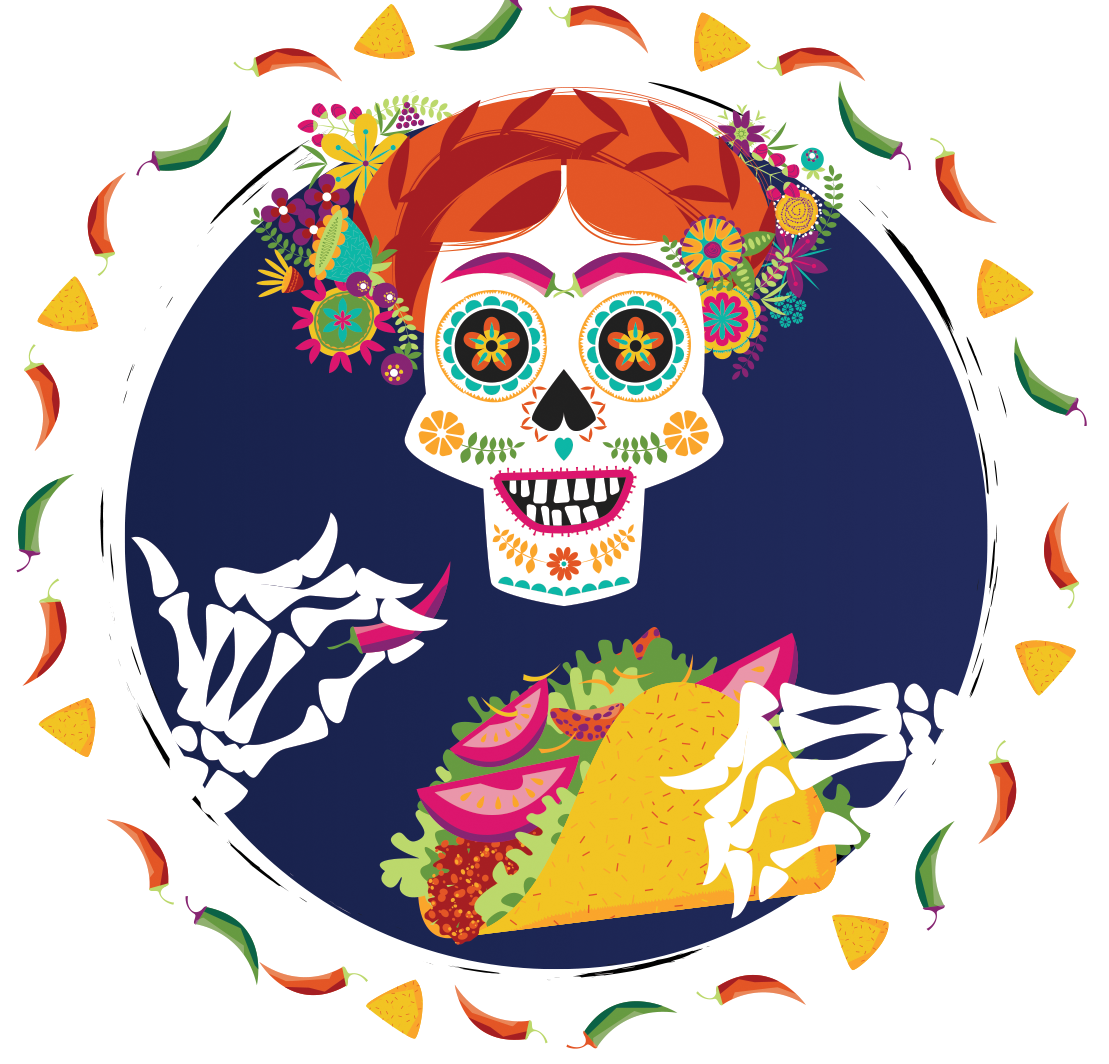 Tacos and Burritos are common staples of Mexican cuisine known probably the world over.

Yet, only the Taco is considered a time-honored embodiment of the culture.

Thousands of books and articles have been written about Tacos, even Taco books for children. 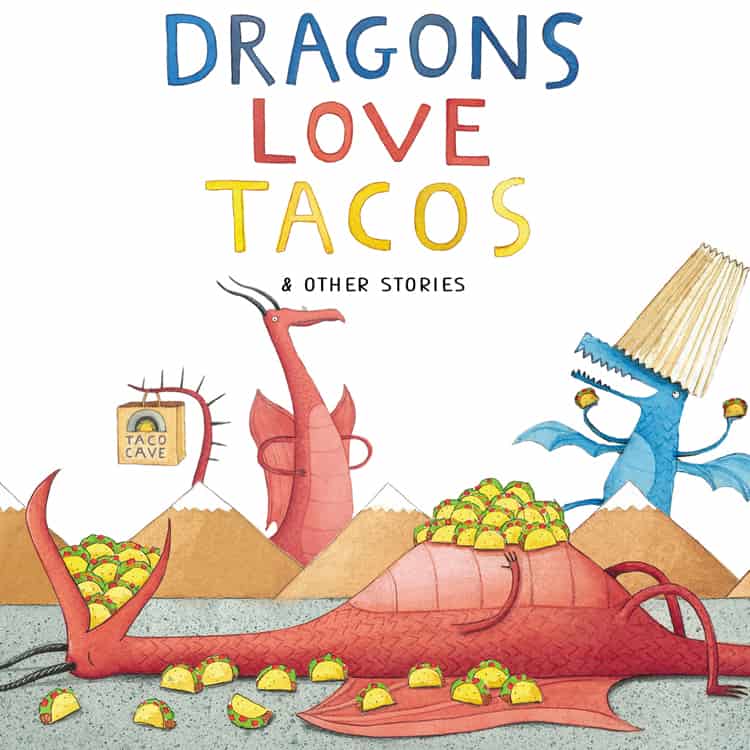 In fact, Netflix has an excellent program dedicated to their creation and prestige, called the Taco Chronicles. 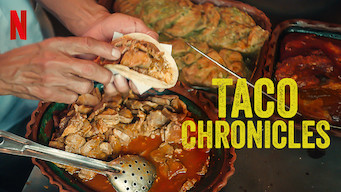 It’s a great series that reveals the hard work that goes into preparing the masa and the various types of carne.

And the regional cooking styles for all the popular Tacos made in Mexico.

As we finished eating a burrito filled with frig leftovers, PuroChisme pondered an age old question, "Y el pobre burrito? Que paso? Why aren’t they on Netflix?" Where is their best selling book? Are they just too ugly?

Can’t we get some respect for that sad little food orphan? Often referred to as a “burro,” an obvious derogatory term to underscore its status in Latino cuisine. 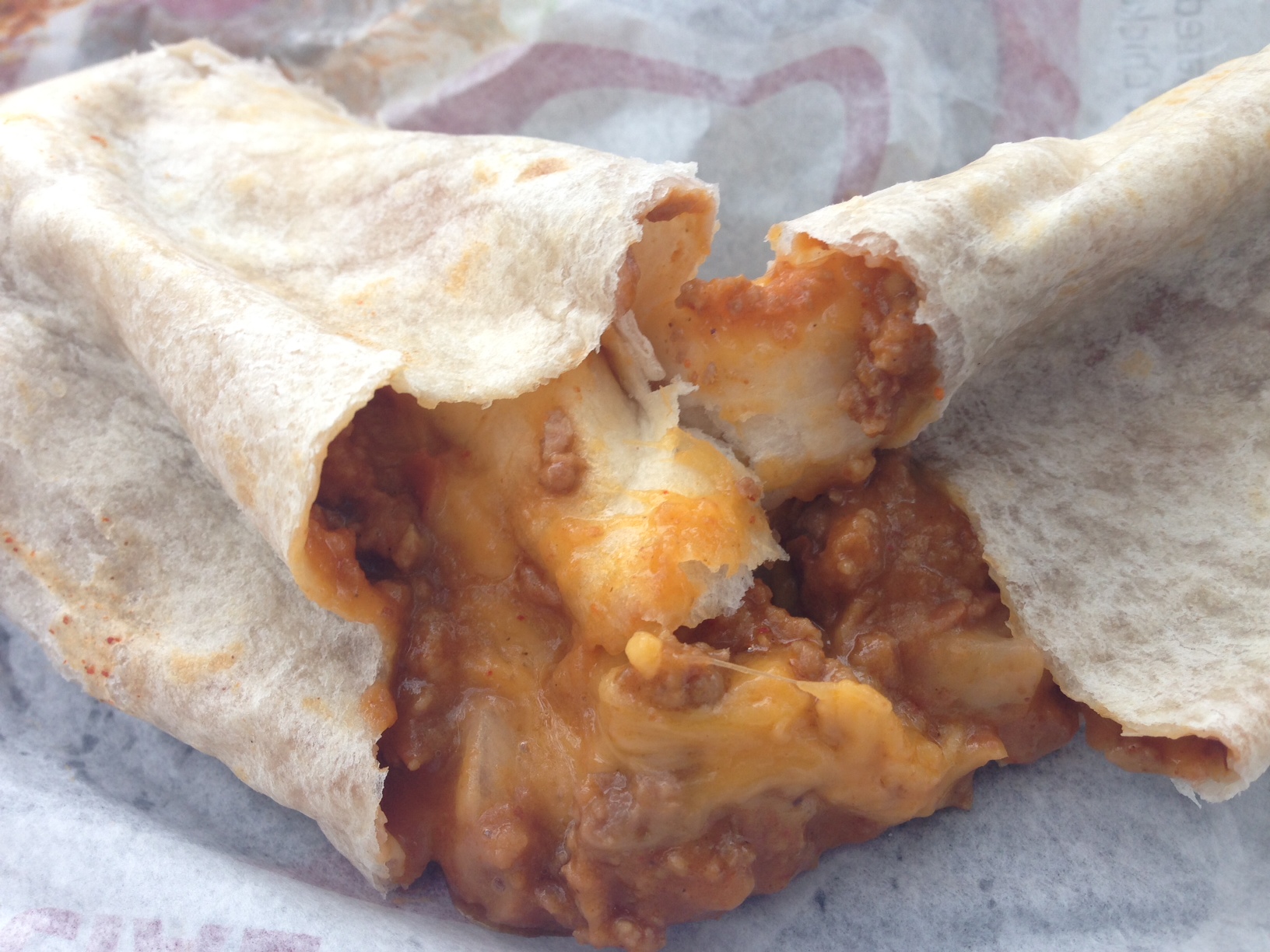 Even though, burritos are eaten regularly, they are not openly spoken of con respecto at the kitchen table or fancy restaurants.

Is it because it’s not worthy like the Taco? How did this happen to this innocent food?

Alas, there may be a historical and economic reason for this moral tragedy!

As astute gobblers of Mexican cuisine, we all know that a taco is an unleavened tortilla, filled with meat, beans, vegetables and cheese. 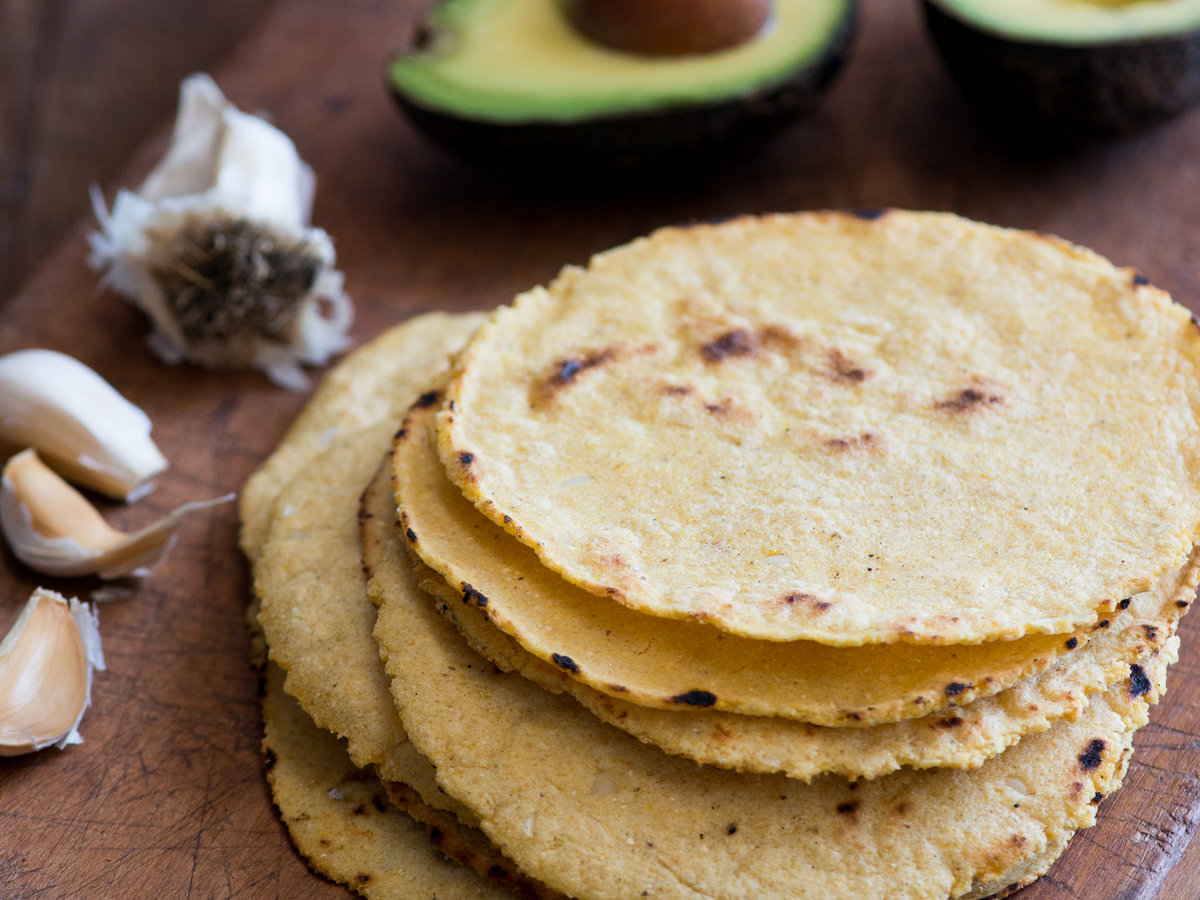 The tortilla for a taco is usually made from corn but on rare occasion can be of wheat.

The taco as food was known as "tlaxcalli" in the native Nahuatl language.

Which means “half or in the middle”, referring to the way it is formed.

Almost everything culinary in Mexico starts with maize (Corn). Although its origin is unknown, it is believed that the taco was born as the basis of an Olmec diet thanks to the first traces of nixtamalized (the making of masa) maize.

The first recorded use of tortillas dates to roughly 10,000 BCE and were made from corn. And when the Spanish arrived, they discovered native inhabitants like the Aztecs and others all ate some sort of maize bread.

It is said that Moctezuma used corn tortillas as a “spoon” to hold the food, which were prepared on hot stones and decorated with cochineal (nopal insect), beans, and chili. Órale, an ancient tradition (using tortillas as utensils) that continues to this day! 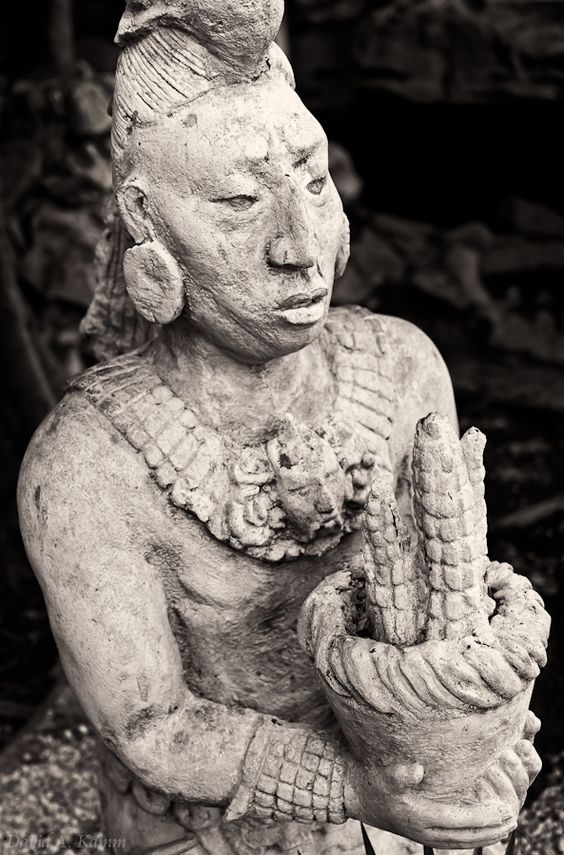 Corn was crucial to the Aztecs and surrounding communities, but the Spanish were not into it. What starch did the Spanish Catholics eat, then? You guessed it—wheat.

Most importantly, it was an ingredient they connected to Jesus Christ. To them, wheat was holy. And corn—they didn’t know what to make of it. So, they, didn’t make anything of it. They brought wheat to the region and used that instead.

Wheat traditions belong to the people of the Fertile Crescent (Israel, Palestine, Iraq, Syria, Lebanon, Egypt, and Jordan, as well as the surrounding portions of Turkey and Iran). Some local beliefs in the U.S.A. insist Jewish, Lebanese and German settlers claimed creation of flour tortillas in Texas. All could be plausible origins but highly unlikely. 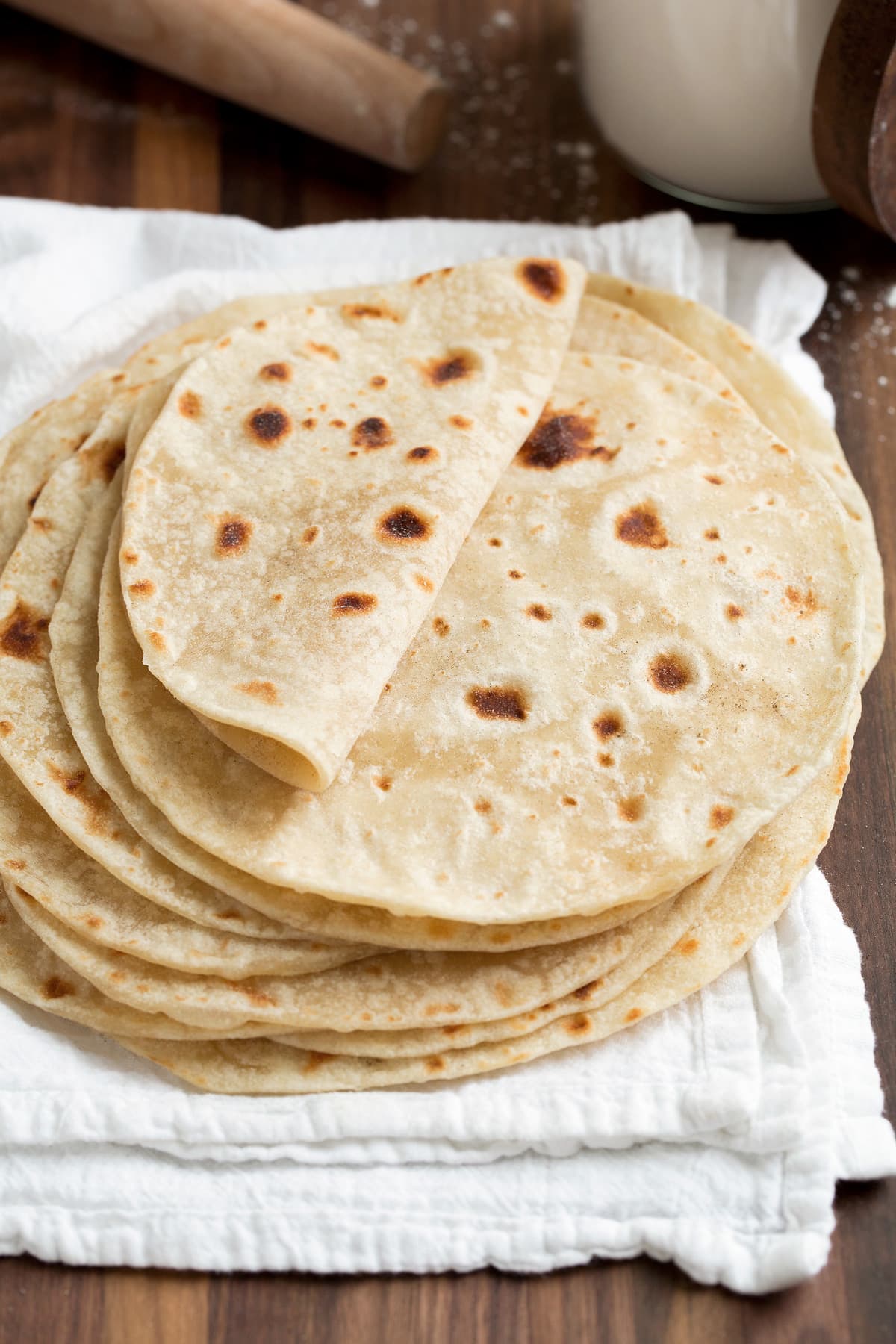 Flour tortillas originated in the northern Mexican states of Chihuahua, Durango, Sonora and Sinaloa, where the territory is more suited to growing wheat than corn.

Flour tortillas’ past, it seems, doesn’t belong to any one culture but probably began well after the Spanish conquest of the Aztec Empire in the 16th century.

So, cultural heritage may be a key reason for maize (corn) being a favored tortilla in Mexico today.

For many Raza, there’s a fair amount of confusion, even stigma, around the origins of flour tortillas. Some gente assume they aren’t authentic to Mexico. Others insist that they’re inferior to corn. Pero, sabes que, Raza, en este lado, we eat both tortillas anyways!

Tacos have been given a special ranking in Mexican Food and it’s hard to dispute the facts. First, Tacos are perfect because they are simple. There are fewer ingredients you have to focus on in a taco. 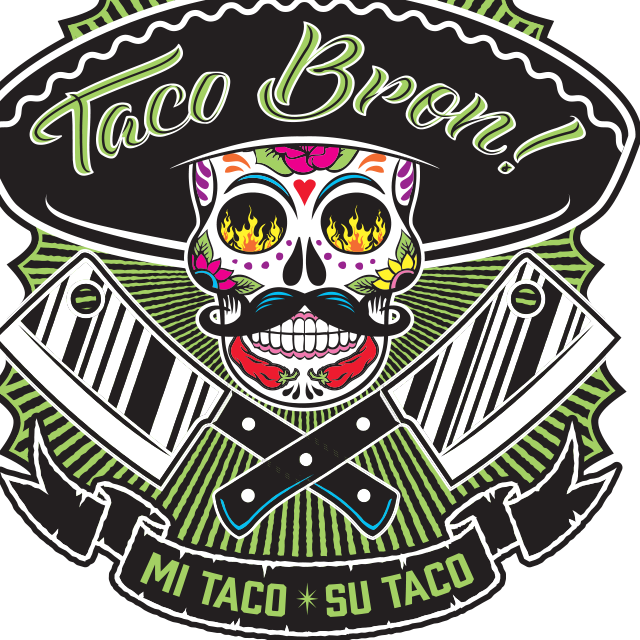 When there’s only tortilla, meat, and a few garnishes like onions, cilantro, and salsa, you can better appreciate the perfume of hardwood smoke on the asada.

Or the extra bits of caramelization on "al pastor," shaved off the spit, or the pure porcine flavor of carnitas that’s been braising in its own fat for hours. "Hmm, tengo hambre!"

Secondly, unlike the burrito, which hides its contents behind napkin or foil wrapping AND in a fully closed tortilla, tacos bare themselves, "a todo mundo," without shame.

Tacos have nothing to hide behind…because they are transparent. If only our government could behave like Tacos! The literal openness of tacos gives you power as a consumer because you can always add more to it to make it your own — salsa, guacamole, crema, and/or salt.

Thirdly, as unforgiving as tacos can be (because they simply are, what they are), they’re also a food of opportunity. If you get a bad taco — the meat, or salsa is lousy, the tortilla tears or cracks — all you do is move on to the next one (After, you shovel the mess into your mouth and curse the Aztec gods). It may feel like a few bucks wasted, sure, but you have a pile of more Tacos waiting to right that wrong. 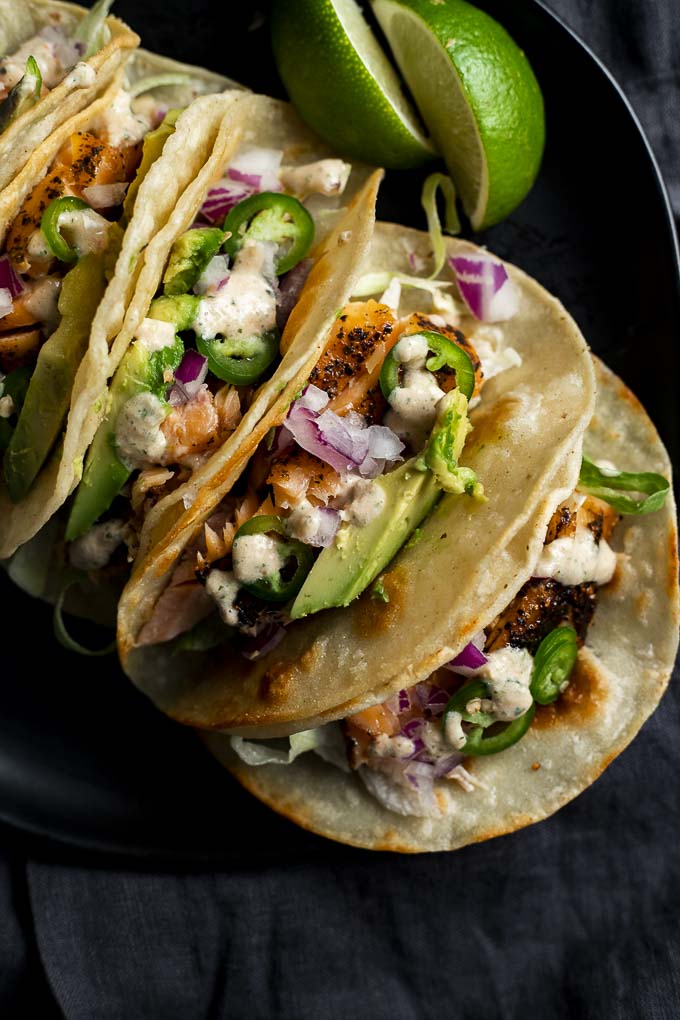 Lastly, Tacos give you a variety of choices. In fact, it is acceptable to eat between three to ten tacos in one sitting (assuming they are not piled on with carne or garnishings), which means you get to have plenty of unique experiences.

Eat them soft or hard shelled? Single or double corn tortillas? And with variety comes the ability to experiment, especially if there’s a condiment bar nearby.

Tacos let you control every single aspect of your meal. Tacos make you feel like a King ese! Can you feel it too?

MAKING THE CASE FOR HONORING THE BURRITO!

1) Burritos beat out tacos because they are more adaptable to the kitchen. Whereas the Taco may be simple, it's the taco's simplicity that brings it down a notch. 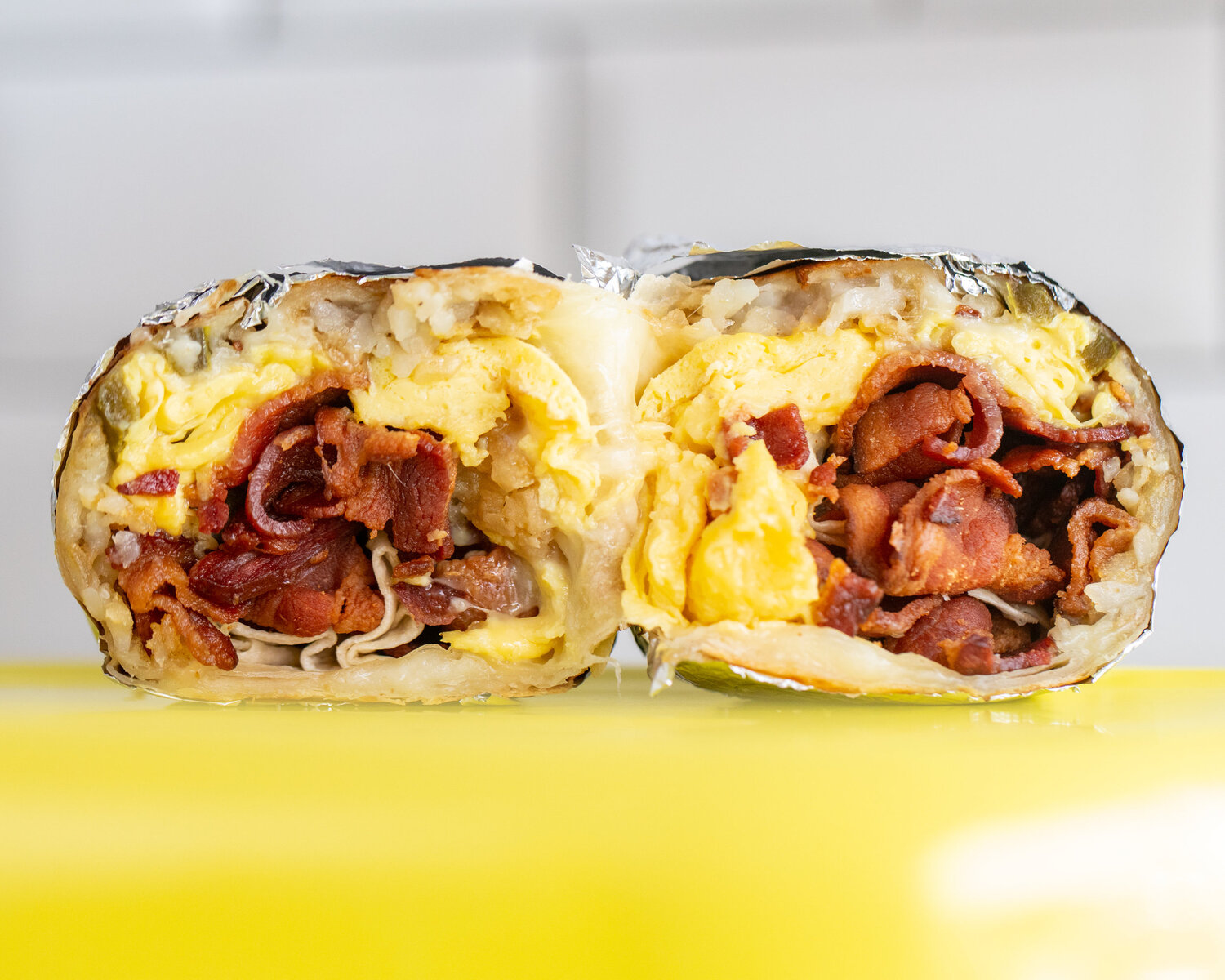 You just can't do as many things with a taco. Ask any busy Raza Mama or Papa - Burritos are convenient – they can contain nearly all the leftovers from the night before, in a fully sealed, independent environment.

You can eat a burrito while driving. You can stuff a burrito in your backpack, take it to the beach, and eat in the sand like a king. Burritos are ergonomically suited to "la mano" and every distinct lifestyle.

2) Burritos hold their heat much better than tacos. By the time you get to that third or fourth taco, the tortilla’s going to tear or fall apart, the fat in the carnitas is going to congeal, and your meal is compromised. On the other hand, even the butt-end of a burrito is going to be, at the very worst, pleasantly lukewarm by the time you eat your way to it. And it still avails itself for splashing some last-bite salsa!

3) Burritos are a mouth full of joy. The softness of refried beans, the bounce of egg or rice, the crunch of onions, the bracing acidic slickness of salsa, and the carnivorous chew of meats—all set against the stretchy, glutenous flour tortilla—gives you a set of textures that you can never achieve with a taco. Can you see it? Can you taste it? That’s our point! Because Burritos keep on giving long after that little taco is gone!

4) Burritos let you be surprised. Unlike Tacos that bare their souls. Sometimes you want to lose control. Sometimes you just want to let go of the reins and trust that whoever was making this burrito had your best interest in mind.

5) Burritos are a time-saving food. You saved some money using the left over arroz and frijoles from yesterday’s dinner. You saved time throwing it all together in one pan, with some eggs and chorizo to seal the deal. You saved time with less dishes to clean. Yet, you are always surprised by the cabbage crunchiness, the slices of aguacate and melted queso or rajas de jalapeno, that complete your burrito! 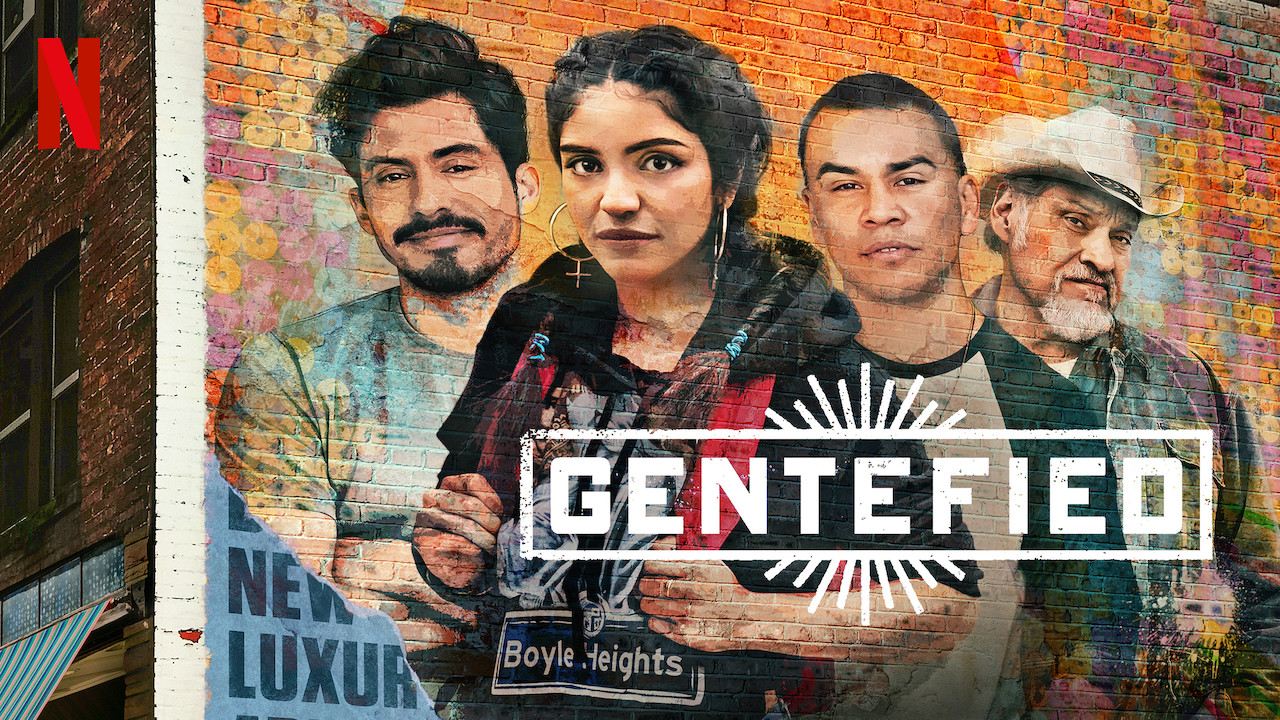 Unfortunately, the Gentefication (Raza slang for the process of changing the character of a neighborhood) of our culture continues on this side of the border.

Both Tacos and Burritos have had to suffer the same indignities of trampled acculturation, like our language (even this blog, Pinché Pochos!). Our music, religious traditions and even our traditional recipes have been bastardized! 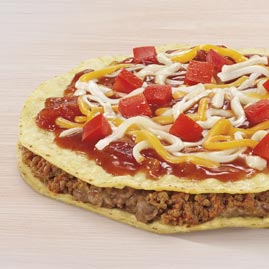 Proof is in the adulteration of Latino cuisine, which brought us crap like the Chalupa or Enchirito, and the ever-popular Mexican Pizza.

Additionally, there is the odd “foodie” discussions about whether a taco or burrito is a sandwich. Símon, there is an actual foodie debate about it!

Elizabeth Rozin, a pioneer in food history and philosophy, compared similar dishes that appear in many places in the world under the headings, “Layered, Spread, Sandwiched, and Stuffed.”

She suggests layered, spread, sandwiched, and stuffed foods were a fairly late development in history because it depended on “separately prepared foods orchestrated in elaborate compositions of color, flavor, and texture.” From her perspective, Tacos, burritos (and Quesadillas) are sandwiches because they are open and stuffed. 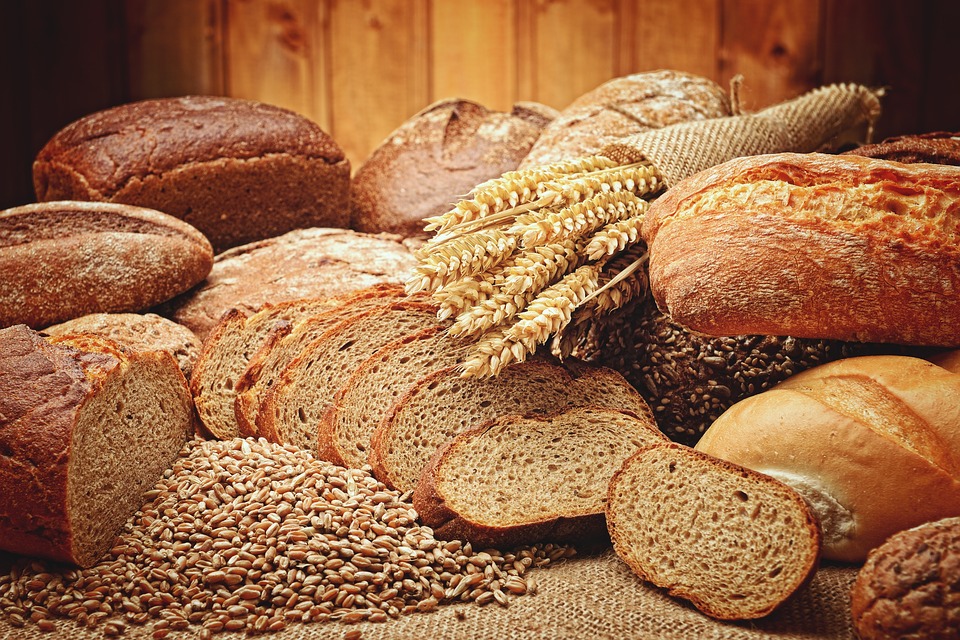 Tacos and quesadillas are quite distinct from sandwiches. Sandwich comes from the United States and originated in Europe.

Bread is leavened, tortillas are not. Sandwiches are not regularly eaten by Raza (but are delicious). And, they are not a part of Mexican heritage, so why the debate? There is none...now! Ya basta!

All kidding aside, PuroChisme honors both the Taco traditions and the Burrito manifestation that came after it. Both are tied to the history of tortillas, created in Las Americas, that are both familiar and recognized by Raza.

They are both sacred in the history of Raza cuisine. Y la palabra, “Burro?” It is not used to disrespect burritos. On the contrary, it is a cariño expressing love for a food we have taken for granted hundreds of years!

Are you a true Raza comida devotee? Take our quiz and see if you pass!

1. Which Meat is not in a Burrito?

a. When it’s a Quesadilla

b. When it’s a Torta

c. When it’s a Pupusa

d. When it's a sandwich

e. When its your Tío!