When is a Treaty Real? When its been Broken! 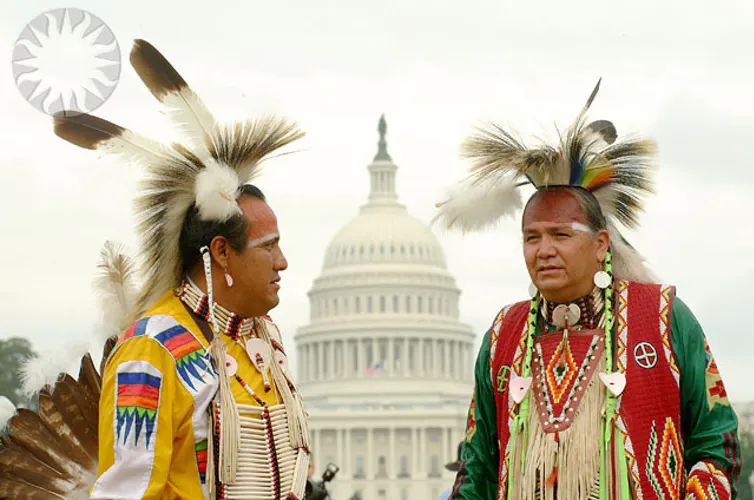 On July 9, 2020 the United States Supreme Court, in a 5 to 4 decision, ruled that about half of the land in Oklahoma is within a Native American reservation.

The court ruling will have major consequences for both past and future criminal and civil cases in the U.S that occur on reservation lands.

Some 1.8 million people, of whom about 15% are Native American, live on the Oklahoma land, which spans three million acres.

The U.S. court’s ruling hinged on, the question of criminal jurisdiction (rape case), whether the Creek (Muscogee) reservation continued to exist after Oklahoma became a state.

The case was steeped in the U.S. government’s long history of brutal annihilation, removal and broken treaties with Indigenous Peoples. 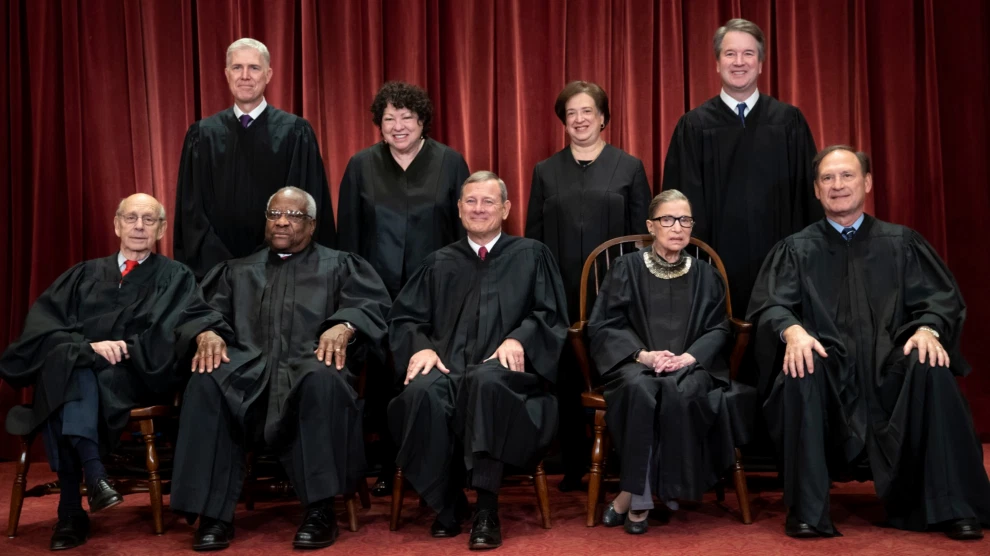 “Today we are asked whether the land these treaties promised remains an Indian reservation for purposes of fed­eral criminal law. Because Congress has not said otherwise, we hold the government to its word,” Justice Neil Gorsuch wrote in the majority opinion.

The decision does not affect property ownership, but attorneys on both sides of the case agreed, it has regulatory and tax implications within reservation lands of the state’s “Five Tribes,” The Cherokee, Chickasaw, Choctaw, Creek and Seminole.

Oklahoma was the fourth-largest U.S. crude oil producer last year, accounting for about 5% of production, according to government data. So legal questions were expected to be raised following the courts landmark decision. 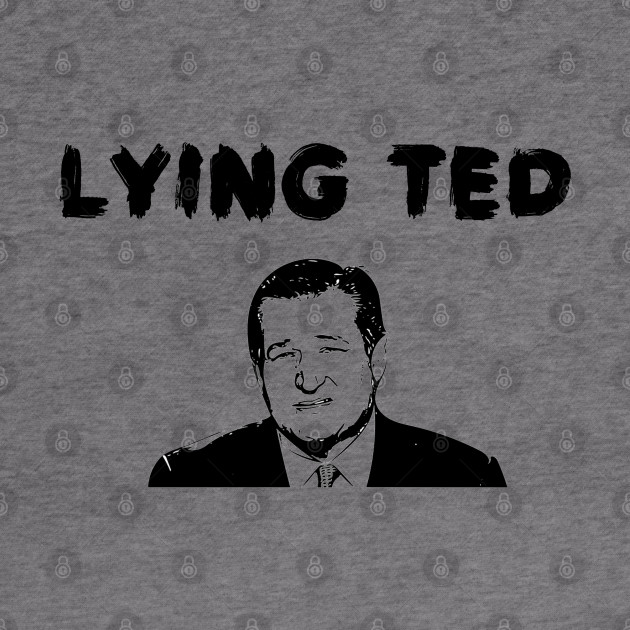 But of course, one of many doom-merchants came running out of the outhouse first, spewing crap to every ignorant person that would fear-the-lies about indigenous rights.

In alarmist fashion, Sen. “Lying Ted” Cruz [Trumpado gave him that title, not us] of neighboring Texas immediately tweeted that the Supreme Court “just gave away half of Oklahoma, literally. Manhattan is next.”

Is what Cruz said the truth or a lie? Or just mas PuroChisme (BS)?

Here is where we humbly provide another gringo history lesson…for gringos and other uninformed Americans.

Any shock that tribal nations have sovereignty over their own land reflects a serious misunderstanding of American history and the law. For Oklahoma – indeed, all of the America’s – has always been, Indigenous People’s country until it was forcibly taken away.

North America was NOT a "New World." Likewise, it was NOT a vast, unpopulated wilderness when white colonizers arrived at the west in the 1600's. Up to 100 million people of more than 1,000 sovereign Indigenous nations occupied the North American regions including Mesoamerica and the area that would become the future United States. At the time, fewer than 80 million people lived in ALL of Europe. 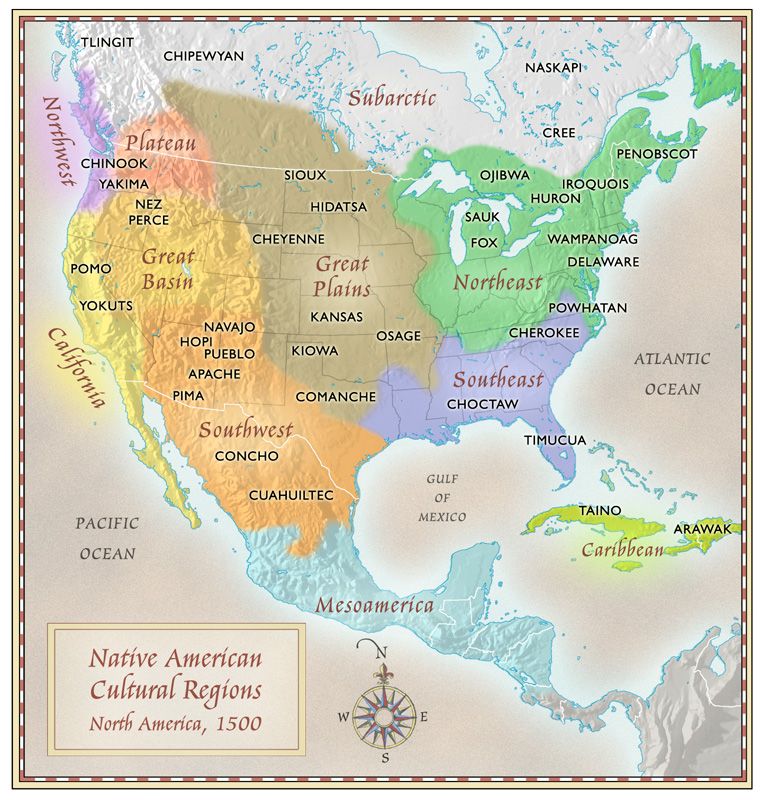 From 1492 to 1900, European and American colonizers, pushed inexorably westward across the North American continent.

Like the Western Cowboy who actually originated in Mexico's territories where vaqueros moved herds of cows throughout the southwest.

Or the impact of the California Gold Rush, the largest mass migration in U.S. history.

In March 1848, there were roughly 157,000 people in the California territory; 150,000 Native Americans, 6,500 of Spanish or Mexican descent known as Californios and fewer than 800 non-native Americans. 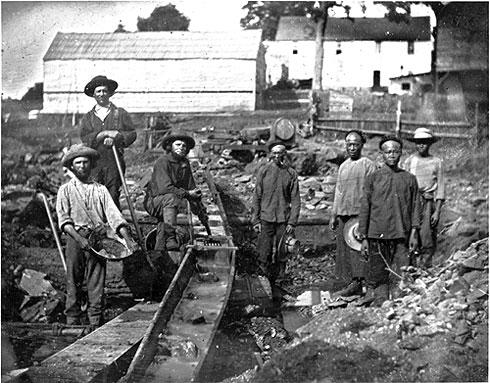 Just 20 months later, following the massive influx of settlers, the non-native population had soared to more than 100,000. And the people just kept coming.

By the mid 1850s there were over 300,000 new arrivals living in California. Yet, more fortunes were made by merchants than by miners.

The Gold Rush attracted immigrants from around the world. In fact, by 1850 more than 25 percent of California’s population had been born outside the United States.

By 1852, more than 25,000 immigrants from China alone had arrived in America. As the amount of available gold began to dwindle, miners increasingly fought one another for profits and anti-immigrant tensions soared.

In 1850 California’s legislature passed a Foreign Miner’s tax, which levied a monthly fee of $20 on non-citizens, mainly to target Chinese immigrants.

The law was eventually overturned. Unfortunately, an 1854 Supreme Court Case, People v. Hall, ruled that the Chinese, like Black Americans and Indigenous People, were not allowed to testify in court. Making it effectively impossible for People-of-Color to seek justice against the mounting violence.

The Chinese Exclusion Act of 1882 suspended Chinese immigration for ten years and declared Chinese immigrants ineligible for naturalization. Humm, does history repeat itself or have we learned something from the past?

However no ethnic group suffered more than California’s Indigenous People. Before the Gold Rush, its native population numbered roughly 300,000. Within 20 years, more than 100,000 would be dead. Most died from disease or mining-related accidents, but more than 4,000 were murdered by enraged miners.

All of these white "new settlers" helped fast track California to statehood. In 1850, just two years after the U.S. government had purchased the land, California became the 31st state in the Union. The colonization of Indigenous Nations, Californios (mestizos) and Chinese continued unabated.

The gold-rush history was intertwined with the reality of the Homestead Act and railroad development that also drove settlement to the west. Settlement by outright attacks, murder, burning tribal villages, destroying crops, sexual assaults, enslaving people, and perpetrating massacres.

The United States government did not punish these atrocities against Native People’s and their citizens. On the contrary, congress passed laws to support the genocidal acts or, by its silence, our government leaders encouraged it.

Before first contact, almost all tribes on the North American continent were communal societies. Some were nomadic, others sedentary. Some had a hierarchy form of self-governance; others were loosely organized by family clans or bands. But no matter how diverse, tribes shared a sense of community based on kinship.

Indigenous Nations did not own the land, they lived off the land. They treated the land's resources with respect. What they took was shared by the tribe. They had a conscious respect for nature because they believed they were part of nature.

When the Europeans arrived, they brought their materialistic worldview. They valued private ownership of property and a reliance on governments of written laws, popular consent, and judicial dispute resolution. And they wanted the lands and resources, Native Peoples were using.

In the European point of view, the Native Peoples weren't exploiting the land to its fullest, therefore they were deemed to be barbarians and had no natural right to it. Because Europeans had "discovered" this New World, they believed they had the right to possess it.

Citing, so-called “Doctrine of Discovery” and “Manifest Destiny”, U.S. policymakers argued that the federal government had a divine duty to fully develop the region. Racist in language and logic, they contended that “Indians,” did not know how to work or to care for the land because they were inferior to whites…they were savages. 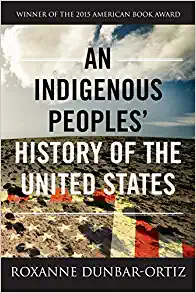 Gee, maybe we all can learn something from our indigenous brothers and sisters about preventative medicine to ward off the RONA!

Though individualism would come to define the United States culture.

Native Americans retained their values today, along with guiding principles of respect, responsibility, and reciprocity.

All have a formal nation-to-nation relationship with the US government. These tribal governments are legally defined as “federally recognized tribes.” In total, tribal governments exercise jurisdiction over lands that would make Indigenous Nations lands equal to the fourth largest state in the nation.

Indigenous governments are an important and unique member of the family of American governments. The US Constitution recognizes that tribal nations are sovereign governments, just like Canada or even the state of California.

Sovereignty is a legal word for an ordinary concept—the authority to self-govern. Hundreds of treaties, along with the Supreme Court, the President, and Congress, have repeatedly affirmed that tribal nations retain their inherent powers of self-government.

Under the Indian Removal Act of 1830, the Cherokee, Chickasaw, Choctaw, Creek (Muscogee) and Seminole nations – known as the Five Tribes – were forced from their ancestral homelands in the southeast and relocated to “Indian Territory,” as Oklahoma was then designated. Oklahoma minus the panhandle, was almost 44 million acres of fertile rolling prairies, rivers, and groves of enormous trees. 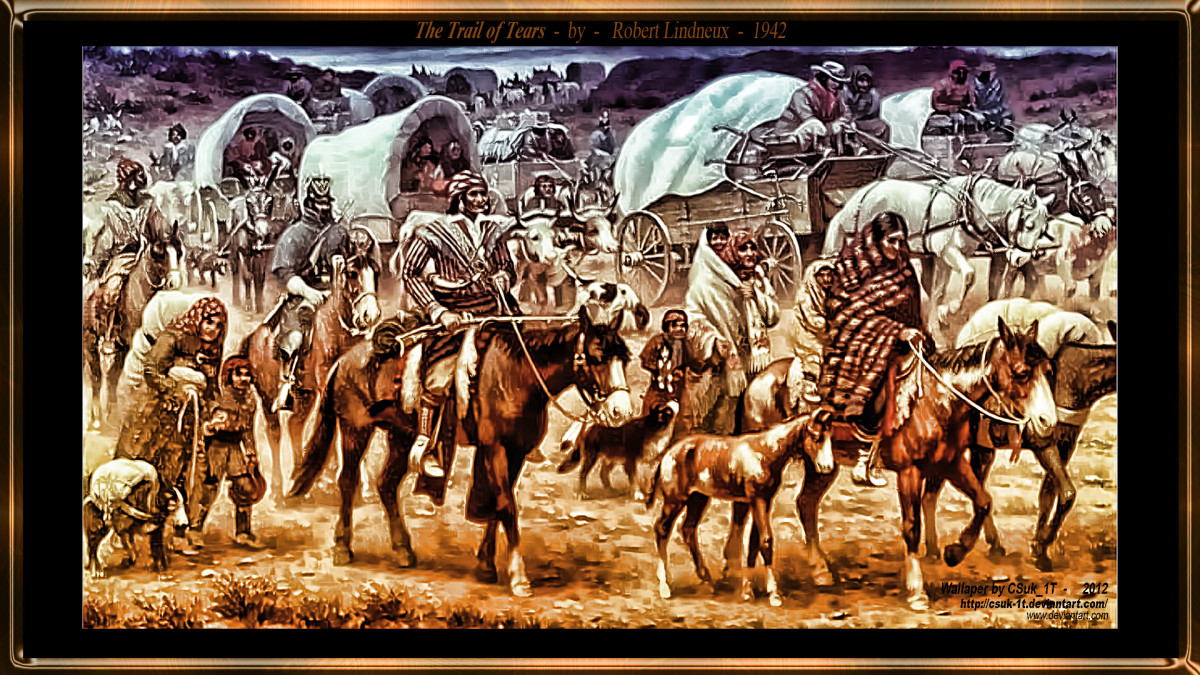 Several Indian nations already lived in the area, including the Apache, Arapaho, Comanche, Kiowa, Osage, and Wichita. Half of the Muscogee and Cherokee populations died, over 3,000, from brutal and inhumane treatment as they were forcibly marched 2,200 miles across nine states to their new homelands in what was called, the Trail of Tears.

The state of Oklahoma was born of this institutionalized racist, hegemony. But over the next two centuries, Congress would violate every one of the 375 treaties it made with Indian tribes as well as numerous statutory acts, according to the United States Commission on Civil Rights.

By 1890, only about 25 million acres of Indian Territory remained. The U.S. Census showed that only 28% of people in Indian Territory were actually “Indian.” With statehood in 1907, Oklahoma assumed jurisdiction over all its territory, ultimately denying that the Muscogee (Creek) had ever had a reservation there. That is the historic injustice corrected by the Supreme Court on July 9, 2020.

So mí Raza…Senator “Lying Ted” Cruz was fibbing otra vez! The Oklahoma territory wasn’t “given away.” On the contrary, it was given back to rightful Indigenous people’s jurisdiction. And, Manhattan’s return to the Lenape (Manahatta) Nation?

The "fake" national news is reporting the devastating Supreme Court action and its potential impact to Oklahoman's. What they are not reporting is what Indigenous Peoples have been contributing to the state of Oklahoma for years. Despite all the historic brutality and broken promises, laid upon the doorstep and psyche of the Five Tribes, the tribal nations have contributed socially, culturally, and economically to Oklahoma beyond the boundaries of their own territories, in ways that benefit all Oklahoman's.

The public-school system created by the Choctaws shortly after their arrival to the territory, became the model for Oklahoma schools that exists today. Last year, Oklahoma tribes contributed over $130 million to Oklahoma public schools.

Oklahoma tribes also enrich Oklahoma’s economy, employing over 96,000 people – most of them non-Native – and attracting tourists with their cultural events. In 2017, Oklahoma tribes produced almost $13 billion in goods and services and paid out $4.6 billion in wages and benefits.

Indigenous Peoples are the original Americans of the United States. They have defended this country honorably in time of war, despite the atrocious treatment they were subjected to throughout our nation’s history. They have also represented their Indigenous Nations with pride and purposeful resolve in all manners of social, political, and cultural expressions. 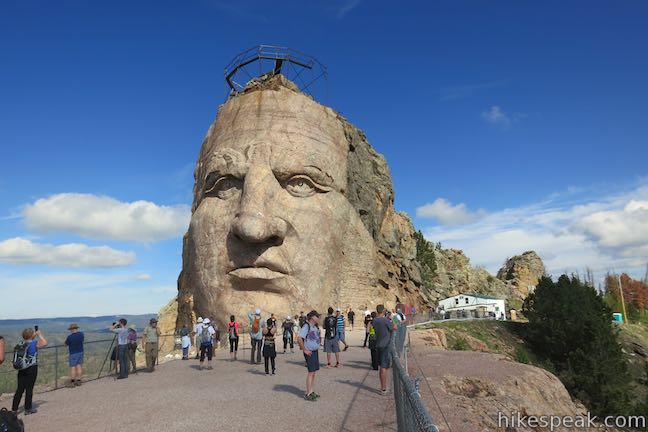 Indigenous People are not a footnote in history, they are among us and remain fighting for a better future all across the American continent.

The Supreme Court said so by honoring constitutional law and validating treaties with Indigenous Nations as legitimate in jurisdiction and sovereign rights.

Indigenous women said so, by their leadership in the long-fought fight against the Dakota Pipeline that continues today.

And we should also say so, by celebrating their sacrifices, achievements and determination to remain independent as a people, humble to the lands and true to their sacred spirit ancestors. 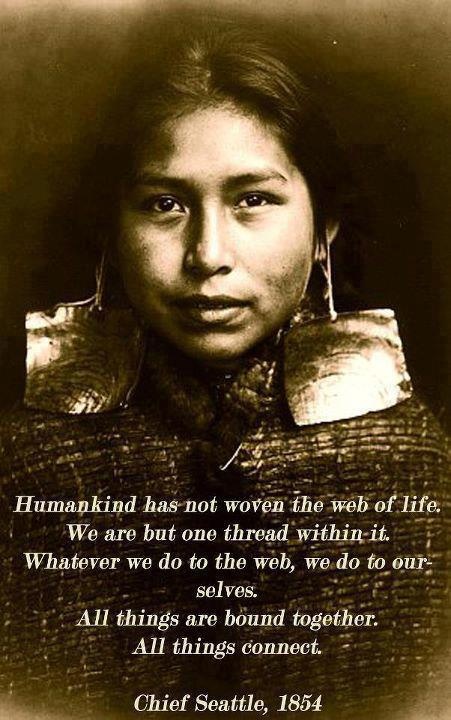