Pay Attention to the Arts! If You Want to See Social Change! 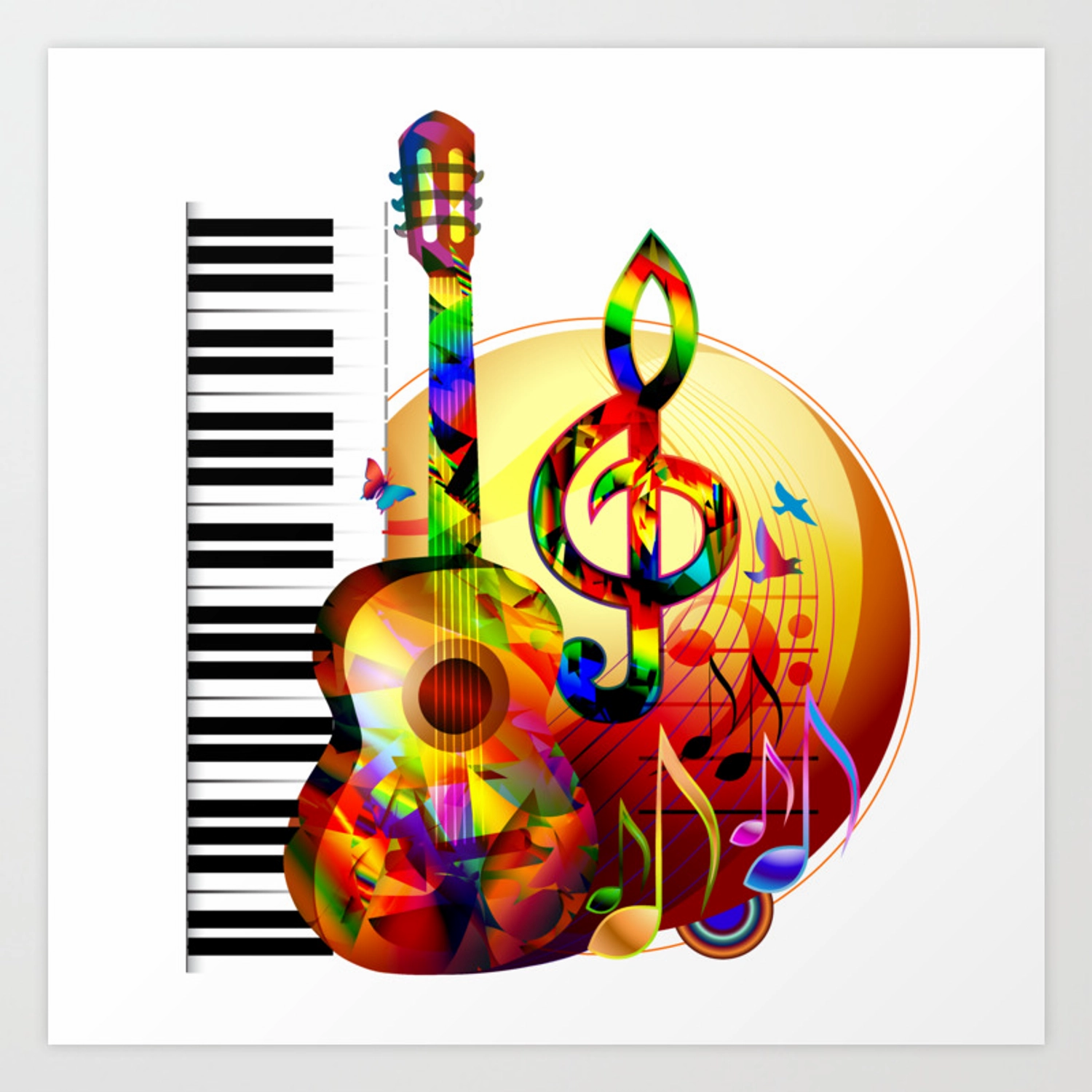 There are three classical branches of visual art; painting, sculpture and architecture.

But Raza are more familiar with the other common arts; music, theater, film, dance, and literature.

Social movements for change are well known by historians and social scientists. Yet, rarely is there a discussion on the impact of the ARTS on those movements. From the early unionizing efforts in the 20's and 30's, racial justice protests to the civil rights movement of the 60's and War Protests that closely followed. Music, art and film captured the feelings, moods and social views of the community. Some for and some against but all depicted in the arts.

We will focus on protests songs that rallied against the status quo regarding social issues that today continue seemingly unabated, like racism, war, and sexism.

We acknowledge we ignored many songs of protest in the time period, so forgive us for identifying only a few key songs that became famous for their subject and lyrics. If ever there was a case, for the popular saying, "History often repeats itself..." These songs prove it! PuroChisme? No, es la verdad!

This is a first, in a three-part series of "SONGS OF PROTEST" posts, where we share some well known and not so well known, musical artists who sang renditions about race, class, addiction, and indifference in our society over the years. 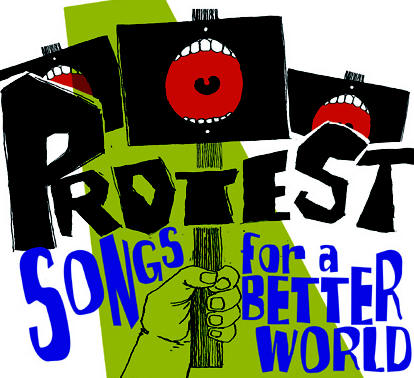 When possible, we will try to distinguish, by decades, the songs that resonated in this nation and beyond that influenced cultural and political change.

We chose popular songs that had a social justice message during the time it was written.

STRANGE FRUIT - 1939 Written as a poem, in 1937 by Abel Meeropol, a White, Jewish teacher and member of the American Communist Party. The song recorded by Billie Holiday in 1939, exposes the sheer brutality of racism in the United States at that time, by way of a stark, powerful description of a postcard Meeropol had seen depicting a lynching amid an idyllic, florid scene of the southern landscape with descriptions of black bodies swaying from a tree. His words were blunt and had the desired effect of shocking and appalling listeners. 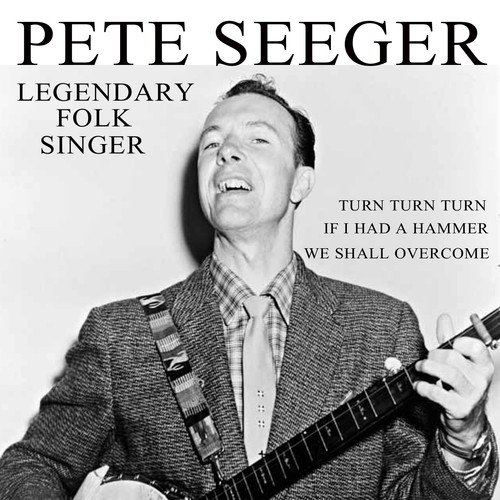 IF I HAD A HAMMER– 1949 A folk song written by Pete Seeger and Lee Hays.

It gives praise for many progressive concerns of the day and most specifically the Labor Movement.

The song features vocal images of blue-collar workers (hammers and bells to suggest factories, etc.) as a rallying song for justice and equality.

I got a hammer

And I've got a bell

And I've got a song to sing

All over this land

It's the hammer of justice

It's the bell of freedom

It's the song about love between

My brothers and my sisters

All over this land 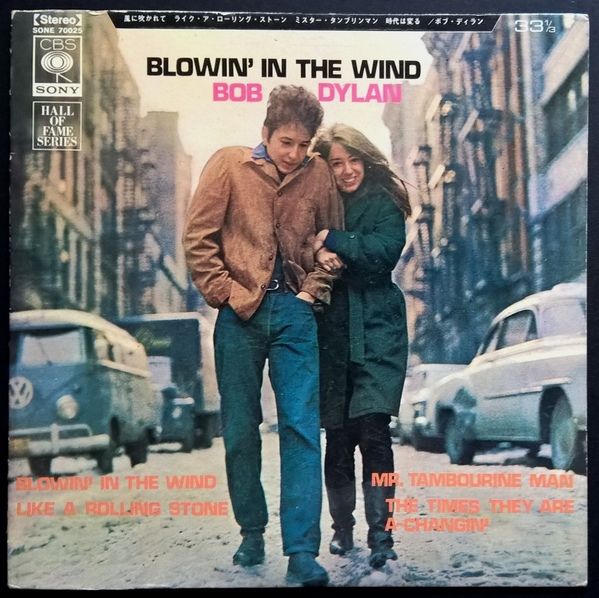 It has been described as a protest song, and poses a series of rhetorical questions about peace, war, and freedom.

Dylan, commented about "the answer" when the song was published in Sing Out! "...Too many of these hip people are telling me where the answer is, but oh I won't believe that. I still say it's in the wind and just like a restless piece of paper it's got to come down some ... But the only trouble is that no one picks up the answer when it comes down, so not too many people get to see and know ... and then it flies away...I'm only 21 years old and I know that there's been too many wars ..." In Dylan's view, the refrain "The answer, my friend, is blowin' in the wind" is purposely vague," either the answer is right in front of your face, or the answer is as imperceptible...as the wind. 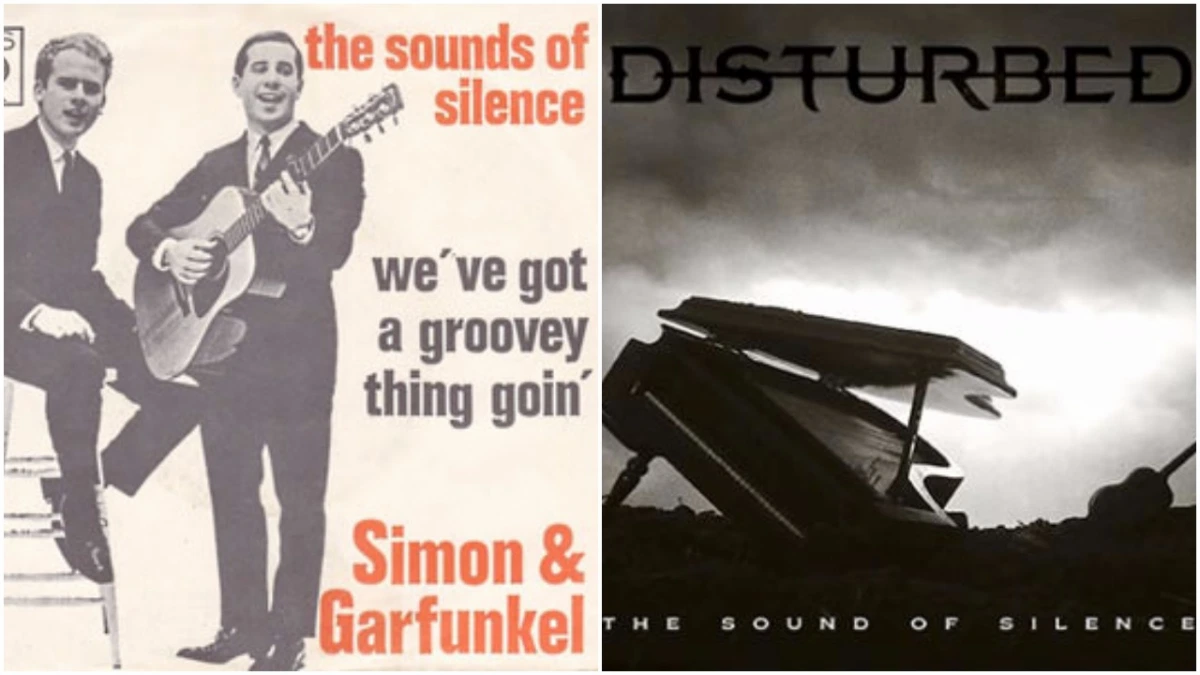 THE SOUND OF SILENCE – 1964 A ballad by Simon & Garfunkel and covered by heavy-metal rock, Disturbed in 2015. Simon said the song was about, "the inability of people to communicate with each other, not particularly internationally but especially emotionally, so what you see around you are people unable to love each other.” The song likely meant to represent a numbness of humanity as a whole. In Simon's view, people's actions are void of significance, they seem dis-empowered and alienated.

Disturbed's heavy-metal version is a darker and more intense version of the same lyrics. What many listener’s claim, is Disturbed's powerful call, to pay attention to what is happening around them today. Their version feels like a call to take action! Paul Simon called Disturbed's version a "wonderful rendition."

And the people bowed and prayed

To the neon god they made

In the words that it was forming

"The words of the prophets

Are written on the subway walls

And whispered in the sounds of silence." 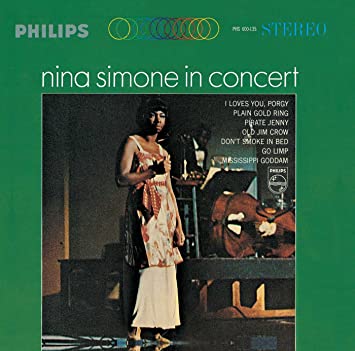 The song is indicative of the political turn her recorded music took during this period. Simone composed "Mississippi Goddam" in less than an hour.

In 2019, "Mississippi Goddam" was selected by the Library of Congress for preservation in the National Recording Registry for being "culturally, historically, or aesthetically significant".

...Oh but this whole country is full of lies You're all gonna die and die like flies I don't trust you any more You keep on saying 'Go slow!' 'Go slow!' 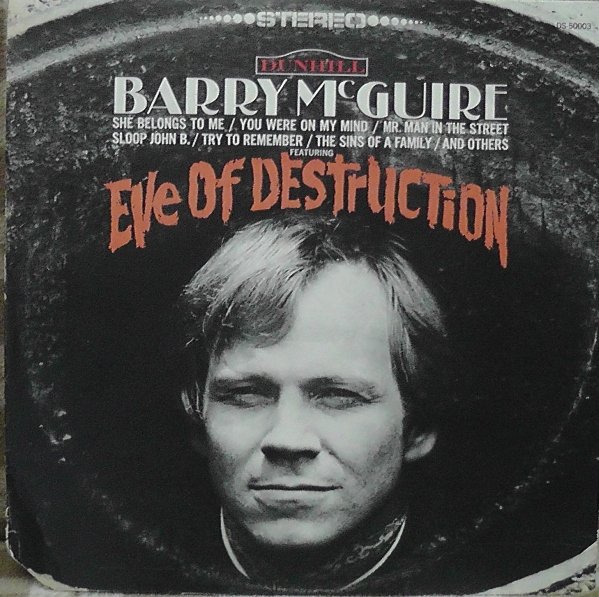 EVE OF DESTRUCTION - 1965 a protest song written by P. F. Sloan in mid-1964. The best-known recording was by Barry McGuire.

It was so vilified by the conservative establishment, the song was banned on radio, which undoubtedly made it all the more appealing to the young.

The youth in America helped drive the song straight to No.1 even as the war in Vietnam continued to escalate.

Think of all the hate there is in Red China! Then take a look around to Selma, Alabama! Ah, you may leave here, for four days in space, But when your return, it's the same old place, The poundin' of the drums, the pride and disgrace, You can bury your dead, but don't leave a trace, Hate your next door neighbor, but don't forget to say grace, And you tell me over and over and over and over again my friend, You don't believe we're on the eve of destruction. 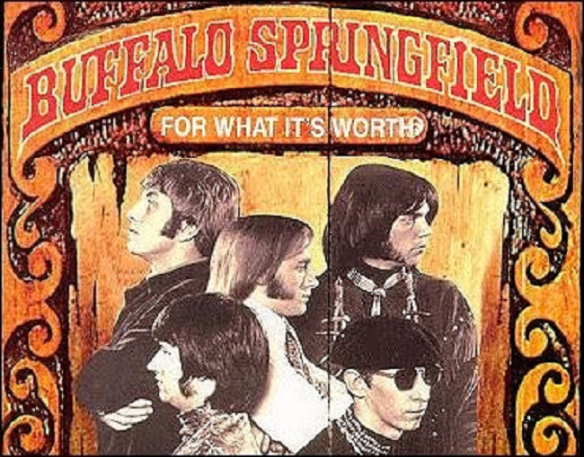 FOR WHAT IT'S WORTH – 1966 A song written by Stephen Stills and performed by American Rock band, Buffalo Springfield (whose members included, Steven Stills, Neil Young, Richie Furay, and Dewey Martin).

While it's often recognized as an anti-war protest anthem, the song wasn't actually based on protests against Vietnam.

Stills, wrote the song, in response to a protest that had turned into a riot following the closing of a nightclub called Pandora's Box on the Sunset Strip, in Los Angeles, California. As the civil rights era grew, the songs lyrics came to have greater social protest meanings.

Getting so much resistance from behind

It's time we stop, hey, what's that sound

Everybody look what's going down 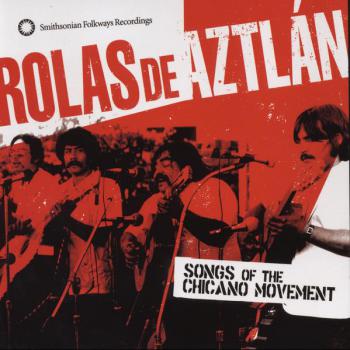 Performed by Los Alacranes Mojados of San Diego, California. They created songs and performed for farm worker rights and the Chicano Movement.

The Rising Souls song, recognizes the value of our youth and called for education over incarceration and the end of gang violence.

Let it shine and illuminate, the beauty of their worth

Let it shine and illuminate, the beauty of their worth

We gotta educate, not incarcerate

So that humanity will shine

So that humanity will shine

No need to kill another over a neighborhood 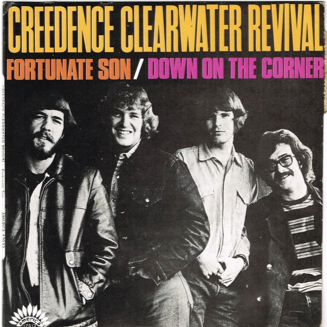 It soon became an anti-war movement anthem, a symbol of the counter culture's opposition to U.S. military involvement in the Vietnam War and solidarity with the soldiers fighting it.

The song has been prominently featured in depictions of the Vietnam War and the anti-war movement.

Rolling Stone placed it at number 99 on its "500 Greatest Songs of All Time" list. In 2013, the song was added to the National Recording Registry by the Library of Congress for being "culturally, historically, or aesthetically significant."

Some folks inherit star spangled eyes Ooh, they send you down to war, Lord And when you ask them, "How much should we give?" Ooh, they only answer "More! More! More!" yoh 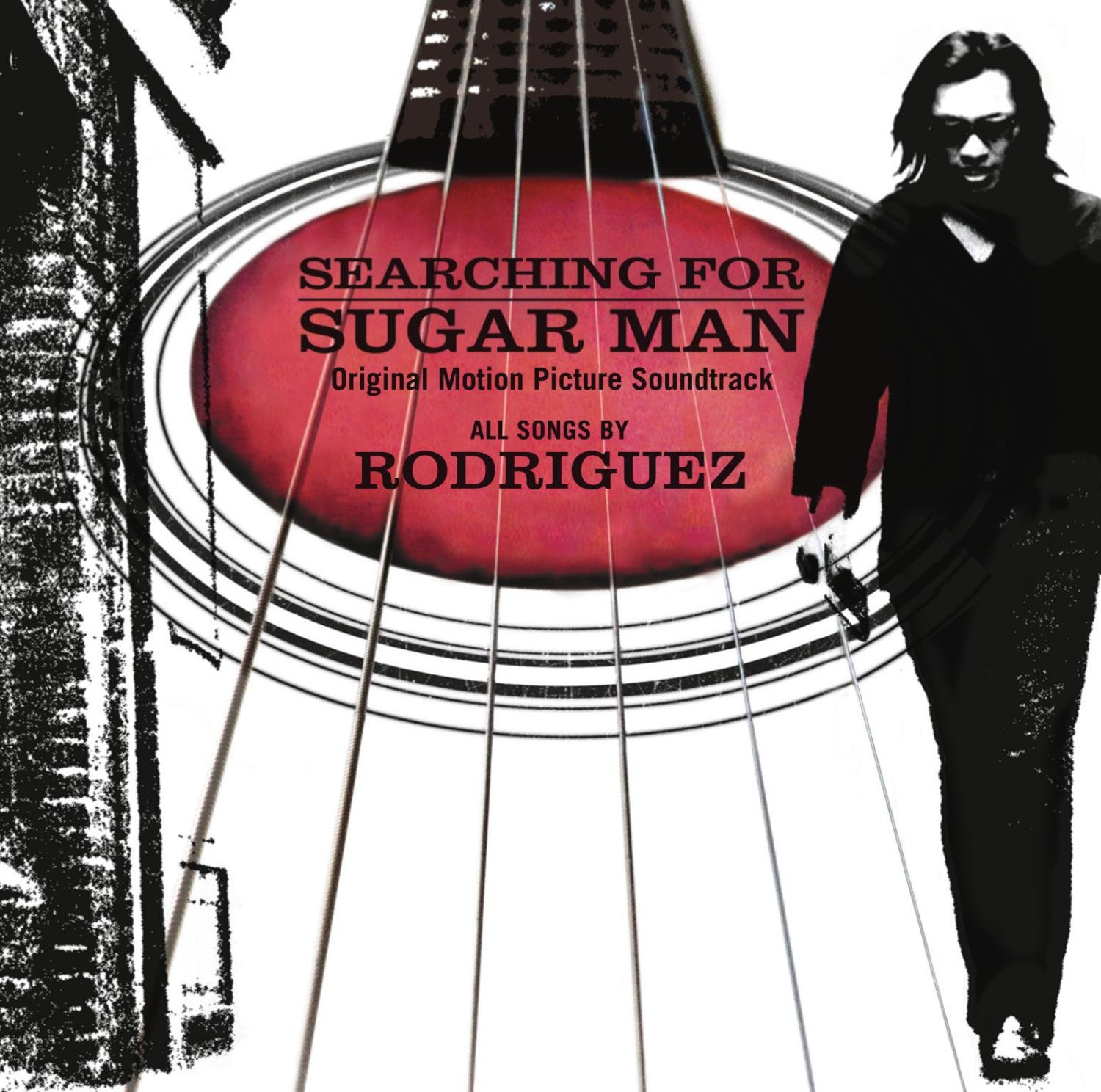 His father had immigrated to the United States from Mexico in the 1920s; his mother was also from Mexico. They had joined a large influx of Mexicans who came to the Midwest to work in Detroit's industries.

Sugar Man, is a very bleak tale about being in the throes of addiction. Rodriquez, depicts the "Sugar Man," as a false friend, a drug dealer, who will turn your heart dead. This slow bluesy rock song seems to glorify the drug dealer and drug addiction, however, Rodriguez, in a TV interview in March 1998, said the song is "descriptive not prescriptive."

He was compared to contemporaries such as Bob Dylan and Cat Stevens but failed to gain any notoriety in the United States. Unbeknownst to Rodriquez, his albums became very successful and influential in South Africa over succeeding generations. He has been quoted as saying, "I love my country, but I don't trust the government."

Some of his songs served as anti-Apartheid anthems in South Africa, where his work influenced musicians protesting against the government. His work also found a large following in some other countries in Africa, and also in Australia and New Zealand.

Because information about him was scarce, it was rumored that he had committed suicide shortly after releasing his second album in 1971. In the 1990s, determined South African fans managed to find and contact Rodriguez, which led to an unexpected revival of his musical career.

His story was told in the 2012 Academy Award–winning documentary film Searching for Sugar Man and helped finally give Rodriguez a measure of fame in his home country.

Sugar man, won't you hurry Cause I'm tired of these scenes For a blue coin won't you bring back All those colors to my dreams

Did you enjoy this musical tour of the artist's and their signature songs of protest? Stay "tuned-in" for Part-2, of this series which takes a look at 1970 to 2010.

When Snowflakes Fall...Beware the Winter Storm!

An Interview with an Artist